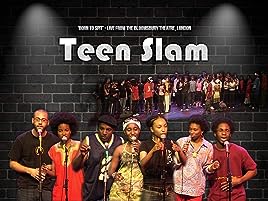 Chance the Rapper’s artistic pop Kevin Coval, performs at the London teen poetry slam final. Unbelievably Chancelor Jonathan Bennett, never got picked for the school “Louder Than A Bomb,” slam team. But guess what? The winning London team won a trip to Chicago as their prize. US and UK professional poets perform live at the Bloomsbury Theatre, watch to discover if they were ‘born to spit?’ 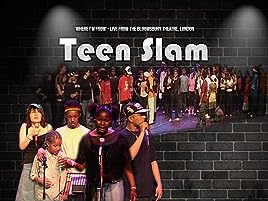 Eight schools have a go at winning the Len Garrison, slam trophy. In
round one they’re dealing with stage fright, a team member sneaking in a new poem, forgetting lines, while trying to impress the judges, Dorothea and Kevin. Where will the winners be from? Hackney, Lambeth or Southwark ends, although they’re rivals new friendships are made across boundaries. 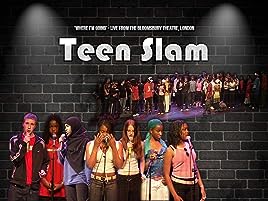 Expressing the depths of their millennial minds teens from the inner city London ends of Southwark, Lambeth and Hackney battle to win the 2003 London Teenager Poetry slam. It turns out the winning poem is in this round, will the teams give up, or rise to the challenge. Meanwhile, the bards have to deal with a rowdy audience, reference to reefer, and realising political prose won’t win.